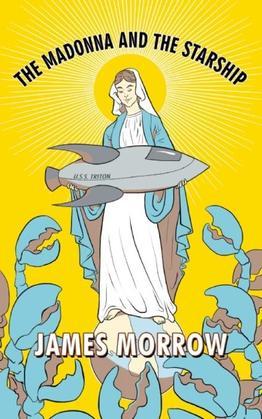 The Madonna and the Starship

by James Morrow (Author)
Fiction Science Fiction Adventure Humorous
EPUB
unlimited loans, One at a time
Details
New York City, 1953. The golden age of television, when most programs were broadcast live. Young Kurt Jastrow, a full-time TV writer and occasional actor, is about to have a close encounter of the apocalyptic kind.

Kurt’s most beloved character (and alter ego) is Uncle Wonder, an eccentric tinkerer whose pyrotechnically spectacular science experiments delight children across the nation. Uncle Wonder also has a more distant following: the inhabitants of Planet Qualimosa. When a pair of his extraterrestrial fans arrives to present him with an award, Kurt is naturally pleased—until it develops that, come next Sunday morning, these same aliens intend to perpetrate a massacre.

Will Kurt and his colleagues manage to convince the Qualimosans that Earth is essentially a secular and rationalist world? Or will the two million devotees of NBC’s most popular religious program suffer unthinkable consequences for their TV-viewing tastes? Stay tuned for The Madonna and the Starship!