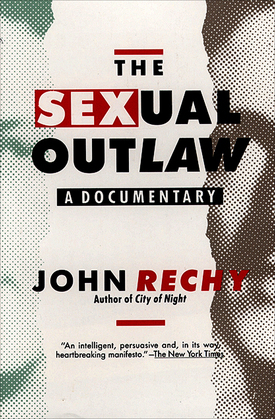 by John Rechy (Author)
Excerpt
Nonfiction Human science Psychology Human sexuality
EPUB
Unlimited loans, One at a time
Details
From the award-winning writer, “a passionate manifesto for gay rights by an author who openly and unapologetically identifies himself as a participant” (People).

In this angry, eloquent outcry against the oppression of homosexuals, the author of the classic City of Night gives “an explosive non-fiction account, with commentaries, of three days and nights in the sexual underground” of Los Angeles in the 1970s—the “battlefield” of the sexual outlaw. Using the language and techniques of film, Rechy deftly intercuts the despairing, joyful, and defiant confessions of a male hustler with the “chorus” of his own subversive reflections on sexual identity and sexual politics, and with stark documentary, reports of the violence our society directs against homosexuals—“the only minority against whose existence there are laws.”

“An intelligent, persuasive and, in its way, heartbreaking manifesto.” —The New York Times

“His tone rings absolutely true, is absolutely his own, and he has the kind of discipline which allows him a rare and beautiful recklessness. He tells the truth, and tells it with such passion that we are forced to share in the life he conveys. This is a most humbling and liberating achievement.” —James Baldwin, novelist, playwright, and activist