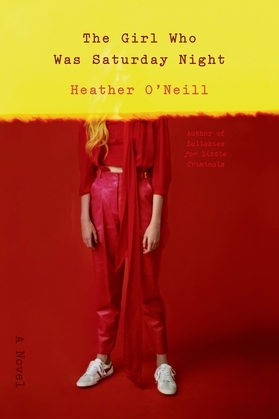 The Girl Who Was Saturday Night

An enchanting story of twins, fame, and heartache by the much-praised author of Lullabies for Little Criminals


Heather O'Neill charmed readers in the hundreds of thousands with her sleeper hit, Lullabies for Little Criminals, which documented with a rare and elusive magic the life of a young dreamer on the streets of Montreal. Now, in The Girl Who Was Saturday Night, she returns to the grubby, enchanted city with a light and profound tale of the vice of fame and the ties of family.

Nineteen years old, free of prospects, and inescapably famous, the twins Nicolas and Nouschka Tremblay are trying to outrun the notoriety of their father, a French-Canadian Serge Gainsbourg with a genius for the absurd and for winding up in prison. "Back in the day, he could come home from a show with a paper bag filled with women's underwear. Outside of Québec nobody had even heard of him, naturally. Québec needed stars badly."

Since the twins were little, Étienne has made them part of his unashamed seduction of the province, parading them on talk shows and then dumping them with their decrepit grandfather while he disappeared into some festive squalor. Now Étienne is washed up and the twins are making their own almost-grown-up messes, with every misstep landing on the front pages of the tabloid Allo Police. Nouschka not only needs to leave her childhood behind; she also has to leave her brother, whose increasingly erratic decisions might take her down with him.