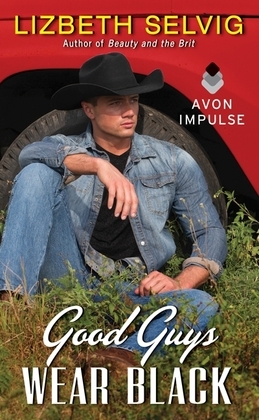 Dewey Mitchell loves three things: fixing old cars, football, and family. Although an illness robbed him of his NFL dreams and his hopes for a big family of his own, he's made himself content working the family business and coaching middle school football. But when his town's vibrant new librarian and her young, emotionally challenged son burst into his ordered life, Dewey finds himself inexplicably drawn to the fascinating woman.

Boston-born Rose Hanrehan had no idea how different living in a small town would be. But she's determined to start fresh for her son, who deals with Asperger's syndrome, without her overbearing parents judging her every move. Of course, sometimes her new neighbors seem to be equally closed-minded. And there's one new neighbor she can't seem to avoid … in fact, the handsome Dewey, despite his black hat and buried emotions, might end up being the only reason to stay in Kennison Falls.

Neither one is looking for love, but what they're starting to feel can't be anything else. Will the longtime bachelor and the free-spirited librarian let themselves fall? Or will their differences get in the way of their happy ending?