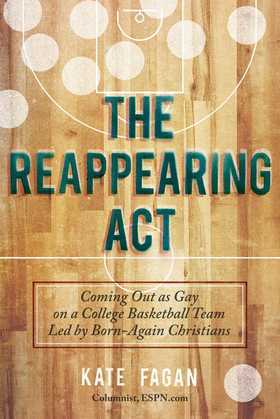 It?s hard enough coming out, but playing basketball for a nationally ranked school and trying to figure out your sexual identity in the closeted and paranoid world of big-time college sports?that?s a challenge.

Kate Fagan?s love for basketball and for her religious teammates at the University of Colorado was tested by the gut-wrenching realization that she could no longer ignore the feelings of otherness inside her. In trying to blend in, Kate had created a hilariously incongruous world for herself in Boulder. Her best friends were part of Colorado?s Fellowship of Christian Athletes, where they ran weekly Bible studies and attended an Evangelical Free Church. For nearly a year, Kate joined them and learned all she could about Christianity?even holding their hands as they prayed for others ?living a sinful lifestyle.? Each time the issue of homosexuality arose, she felt as if a neon sign appeared over her head, with a giant arrow pointed downward. During these prayer sessions, she would often keep her eyes open, looking around the circle at the closed eyelids of her friends, listening to the earnestness of their words.

Kate didn?t have a vocabulary for discussing who she really was and what she felt when she was younger; all she knew was that she had a secret. In The Reappearing Act, she brings the reader along for the ride as she slowly accepts her new reality and takes the first steps toward embracing her true self.