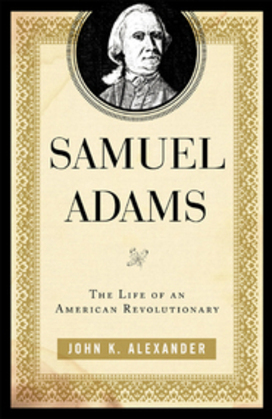 Samuel Adams: The Life of an American Revolutionary vividly tells the story of a titan of America's greatest generation. Friend and foe alike considered Adams one of the greatest members of the generation that achieved American independence and crafted constitutions that made the ideal of republican government a living reality in the new nation. Adams's role as a major political author and organizer are explored as is his central role in momentous events including the Boston Massacre and the Boston Tea Party. The work demonstrates why Thomas Jefferson described Adams as the helmsman of the American Revolution. Adams's career during the war and his involvement in crafting and defending republican constitutions are assessed as are his views on virtue, religion, education, women, and slavery. Following Adams through the 1790s, one sees that he wanted the revolutionary generation to bequeath a land of liberty and equality to the nation's posterity. The personal side of this revolutionary who was renowned for his lack of concern for material things is not neglected. The symbiotic relationship of Samuel and his wife Elizabeth is analyzed. The work demonstrates that Adams's life provides a veritable guide to responsible citizenship and public service in a republic.