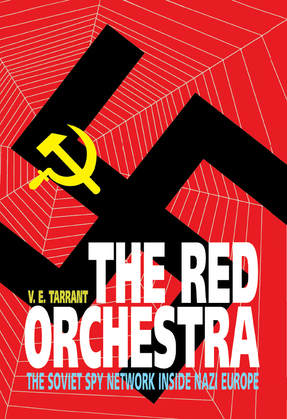 Long recognized as one of the most successful (and ruthless) spy networks in history, the Red Orchestra was a group of Soviet cells that operated throughout Germany and occupied Europe until late 1943. The Germans knew of its existence as early as 1941. Yet, it was only after two years of dogged detective work, lucky breaks, interrogation, and betrayals that they were able to silence the Red Orchestra for good. By that time the damage had been done and the Third Reich was facing extinction. Now, The Red Orchestra offers readers a unique opportunity to learn the complete story of Russia's hidden war against Nazi Germany. Vividly recreating a shadowy world of intrigue and espionage in war-torn Europe, The Red Orchestra introduces all the major players and describes spectacular feats of espionage performed right under the Germans' noses.

• Contains new research based on original sources
• A real-life spy story containing all the drama and suspense of the best spy fiction
• The first book to explore all three sectors of the spy operation: the Grand Chef's Western circuit in France, Belgium, and Holland; Die Rote Drei in Switzerland; and the Berlin network