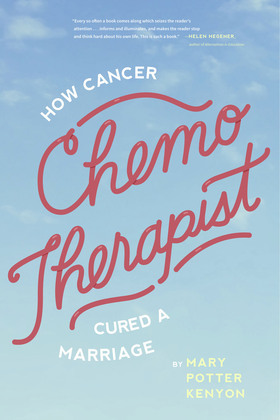 by Marry Potter Kenyon (Author)
Excerpt
Nonfiction Health & fitness Daily living Family relationships Marriage Health Diseases
warning_amber
One or more licenses for this book have been acquired by your organisation details
EPUB
Unlimited loans, One at a time
Details

“Brings transparency, honesty, humor, and hope to spouses and family members caring for loved ones with cancer . . . a must-read.” —Shelly Beach, Christy Award-winning author of Ambushed By Grace: Help & Hope on the Caregiving Journey

Initially, after David’s diagnosis, I would cringe when I read books or articles by cancer survivors who stated that cancer had been a gift in their lives. How could all that David endured be viewed as a gift? The invasive surgery, the weeks of chemotherapy and radiation: a gift? Yet, after the cancer, David would often reach for my hand and say, “If it is cancer that is responsible for our new relationship, then it was all worth it.” And I’d reluctantly agree that cancer had been a gift in our lives. We’d both seen the other alternative: patients and survivors who had become bitter and angry, and neither one of us wanted to become that.

After Mary Potter Kenyon’s husband, David, was diagnosed with cancer in the summer of 2006, she would serve as his companion during Wednesday chemotherapy treatments, Mary began journaling about their experience as a couple and parents of young children as they navigated the labyrinth of cancer. It soon dawned on her that between working and raising a large family, the two had somehow lost touch with each other over the years—and that things were about to change. Chemo-Therapist: How Cancer Cured a Marriage is a moving and inspiring testimonial of a relationship renewed by the shared experience of a life-threatening illness.