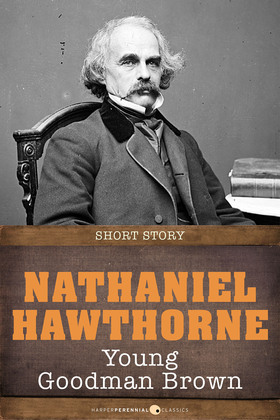 by Nathaniel Hawthorne (Author)
Fiction Classics
EPUB
26 Loans, One at a time
Details

While travelling into the forest on an errand, Young Goodman Brown and his wife happen upon a Sabbath for witches where they are offered as new converts, prompting Brown to question his faith and trust in his spouse. Set in Puritan Salem, Massachusetts, “Young Goodman Brown” reflects author Nathaniel Hawthorne’s perspective on this dark period of American history.

Hawthorne was widely known for his common use of seventeenth-century Salem as a setting for his stories, which allegorically criticize Puritan values as contradictory. Although Hawthorne himself felt the story was not memorable, esteemed authors like Herman Melville, Henry James, Edgar Allan Poe, and even Stephen King have praised it as one of his best works.