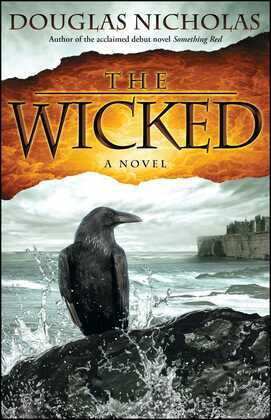 The mesmerizing and highly anticipated sequel to Something Red transports readers to the harsh and enchanting world of thirteenth-century England, where a group of unlikely heroes battles an ancient evil.

In the critically acclaimed historical fantasy Something Red, the young warrior Hob, his mentor Jack, the mystical Irish queen Molly, and her powerful granddaughter Nemain travelled far and wide, battling shapeshifters, sorceresses, warrior monks, and otherworldly knights. Now, a new type of evil has come to reside in a castle by the chilly waters of the North Sea. Men disappear and are found as horribly wizened corpses. Warriors ride out and return under a terrible spell. Only Molly, with her healing powers, can save the people from a malevolent nobleman and his beautiful, wicked wife. As all are drawn into battle, the young Hob and his adopted family must vanquish the dark powers before they themselves are defeated.

An unforgettable blend of fantasy, mythology, and horror, The Wicked is just as chilling, beautifully written, and historically rich as Something Red, drawing readers into a world both magical and haunting?where nothing is ever as it seems.