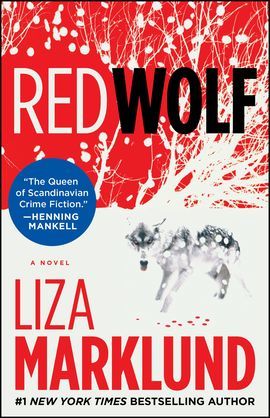 Annika Bengtzon #5
by Liza Marklund (Author)
Excerpt
Fiction Thrillers Nordic literature
warning_amber
One or more licenses for this book have been acquired by your organisation details
EPUB
Unlimited loans, 2 years, One at a time
Details

A journalist is murdered in the frozen white landscape of a northern Swedish town. Annika Bengtzon, a reporter at a Stockholm-based tabloid, was planning to interview him about a long-ago attack against an isolated air base nearby, and now she suspects that his death is linked to that attack.

Against the explicit orders of her boss, she begins to investigate the event, which is soon followed by a series of shocking murders. Annika knows the murders are connected. At the same time, she begins to suspect that her husband is hiding something, and nothing can counteract the loneliness that has crept into her life.

Behind everything lurks the figure of the Red Wolf, a cold-blooded killer with the soul of a lover. In the end, she must discover the truth not only about the murders but also about the lies that are destroying her own family.