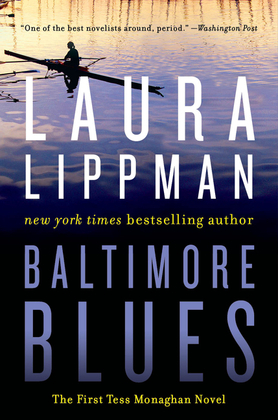 Tess Monaghan #1
by Laura Lippman (Author)
Excerpt
Fiction Mystery & detective Women sleuths English literature American and Canadian literature
warning_amber
One or more licenses for this book have been acquired by your organisation details
EPUB
26 loans, One at a time
Details

Until her paper, the Baltimore Star, crashed and burned, Tess Monaghan was a damn good reporter who knew her hometown intimately -- from historic Fort McHenry to the crumbling projects of Cherry Hill. Now gainfully unemployed at twenty-nine, she's willing to take any freelance job to pay the rent -- including a bit of unorthodox snooping for her rowing buddy, Darryl "Rock" Paxton.

In a city where someone is murdered almost everyday, attorney Michael Abramowitz's death should be just another statistic. But the slain lawyer's notoriety -- and his noontime trysts with Rock's fiancee -- make the case front page news...and points to Rock as the likely murderer. But trying to prove her friend's innocence couls prove costly to Tess -- and add her name to that infamous ever-growing list.