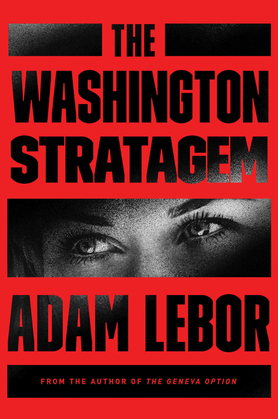 In this new international thriller from the author of The Geneva Option, UN covert negotiator Yael Azoulay is drawn into a web of betrayal and intrigue that leads from deep within America's military-industrial complex to the Middle East and beyond.

Yael Azoulay went rogue in Geneva and nearly lost her life; although her physical wounds are healed, she will never be able to forget what happened. Now back in New York, when the secretary-general asks her to meet with the CEO of the Prometheus Group, a lobbying and asset management firm with extensive links to the Pentagon and dubious business interests in the volatile Middle East, she cannot refuse his request.

Working under Prometheus's radar, Yael uncovers a chilling conspiracy with ties to Iran . . . and to a shocking source from her past. The end game is nothing less than a devastating—and very lucrative—new war in the Middle East. But the closer she comes to the truth, the more Yael begins to expose herself, revealing a life riddled with secrets. As she confronts the ghosts of her past, the few certainties of her life begin to crumble around her, laying bare a terrifying truth: that she has enormously powerful enemies who neither forgive, nor forget.