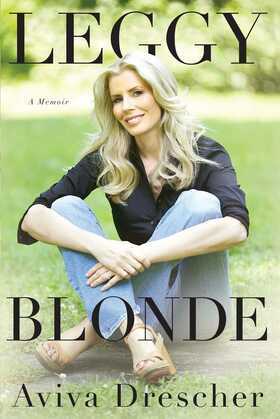 Blond, beautiful, and brazenly honest, Aviva Drescher?one of the boldest cast members of Bravo?s The Real Housewives of New York City and most talked-about stars of reality TV?shares her REAL story in this tell-all memoir.

From the moment Aviva Drescher stepped her prosthetic leg into the spotlight, she sparked controversy and ratings. Now, for the first time, the native New Yorker stands on her own two feet to speak out on her fascinating life and expose the truth about her many medical and elective surgeries, and what really happens behind the scenes of reality TV.

Aviva tells the story of how she lost her foot in a barn accident at the age of six and the numerous?sometimes bizarre?attempts to reattach it. After a trip to India to be ?cured? by a famous mystic, young Aviva learned to use fashion and style to draw attention away from her prosthesis. She fled to Paris in her early twenties, where she transformed herself into a wild club chick and danced on tables with the crème de la crème of the big-hair supermodel era. Then, through a series of tumultuous relationships, Aviva had four children by two husbands, changed religions, got a law degree, and became an entrepreneur. And since getting elective surgery at the age of twenty-six, she has become a powerhouse at raising money for amputees everywhere.

Not only is she elegant, sophisticated, well educated, and drop-dead gorgeous, but Aviva knows how to tell a story?her story?in this beautifully written memoir. Leggy Blonde tells how, through struggle and success, drama and determination, Aviva finally found the strength to show the world who she really is.