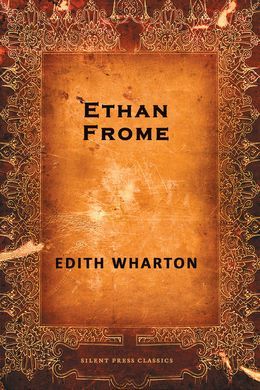 One of Wharton’s most popular works during her lifetime, Ethan Frome is another tragedy. Its locale is a fictional New England town, and its structure features a first-person framework (first and last chapter) around a lengthy flashback, as an unnamed narrator tells Frome’s story. Frome, now “a ruin of a man” and once a man of ambition, was injured in an accident—“a smash up”—twenty-four years earlier. The narrator (and reader) learns that Ethan had fallen in love with Mattie, the cousin of his sickly wife Zeena. Zeena, jealous of Mattie, had planned to send her away, but Ethan and Mattie attempt a suicide pact—sledding into a tree. Instead of death, however, both are injured. All these years later, the three are still living, unhappily, together, with Zeena looking after both invalids.