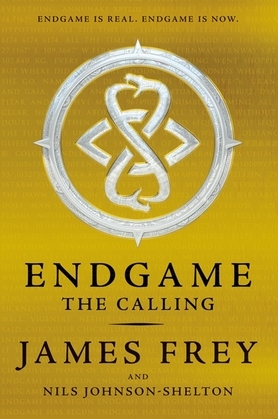 In each generation, for thousands of years, twelve Players have been ready. But they never thought Endgame would happen. Until now.

Omaha, Nebraska. Sarah Alopay stands at her graduation ceremony—class valedictorian, star athlete, a full life on the horizon. But when a meteor strikes the school, she survives. Because she is the Cahokian Player. Endgame has begun.

Juliaca, Peru. At the same moment, thousands of miles away, another meteor strikes. But Jago Tlaloc is safe. He has a secret, and his secret makes him brave. Strong. Certain. He is the Olmec Player. He's ready. Ready for Endgame.

Across the globe, twelve meteors slam into Earth. Cities burn. But Sarah and Jago and the ten others Players know the truth. The meteors carry a message. The Players have been summoned to The Calling. And now they must fight one another in order to survive. All but one will fail. But that one will save the world. This is Endgame.