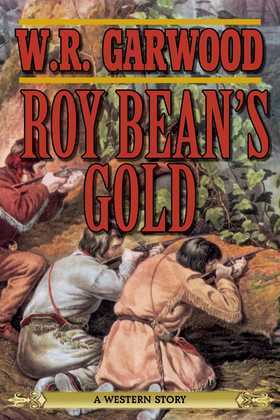 Roy Bean?s passion, as far back as his youth in Mason County, Kentucky, had been for gold. He tried his hand at being a merchant in Mexico, but then he killed a man in a gunfight and had to flee. A chance encounter with Jeff Kirker gives his life a new direction.
Kirker masterminded the robbery of an Army payroll in California with the help of the bandit Joaquin Murieta and his gang. But he double-crossed Murieta and managed to hide the gold. Retrieving it will be dangerous, but it might be done with Bean?s help?and, of course, Bean will get his share.
When Kirker is killed in a skirmish with Comanches on the Spanish Trail, he leaves behind some of the gold coins from the hidden cache, a map on one of the coins to where the payroll is buried, and a name: the Red Rosita. Bean has no alternative but to push on, but there is danger. Joaquin Murieta and his gang seem to be everywhere, and Bean is only one man against many.
In this edge-of-your-seat yarn, Garwood proves himself to be a master of Western storytelling, making Roy Bean?s Gold a must-read for fans of the Old West.