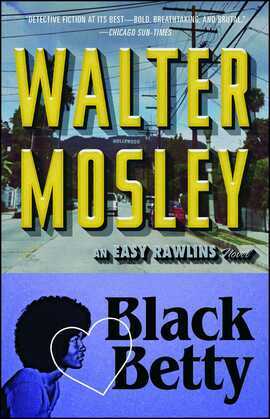 1961: For most black Americans, these were times of hope. For former P.I. Easy Rawlins, Los Angeles's mean streets were never meaner...or more deadly. Ordinarily, Easy would have thrown the two bills in the sleazy shamus' face -- the white man who wanted him to find the notorious Black Betty, an ebony siren whose talent for all things rich and male took her from Houston's Fifth Ward to Beverly Hills. There was too much Easy wasn't being told, but he couldn't resist the prospect of seeing Betty again, even if it killed him....