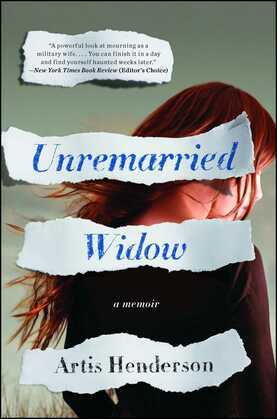 ?A frank, poignant memoir about an unlikely marriage, a tragic death in Iraq, and the soul-testing work of picking up the pieces? (People) in the tradition of such powerful bestsellers as Joan Didion?s The Year of Magical Thinking and Carole Radziwill?s What Remains.

Artis Henderson was a free-spirited young woman with dreams of traveling the world and one day becoming a writer. Marrying a conservative Texan soldier and becoming an Army wife was never part of her plan, but when she met Miles, Artis threw caution to the wind and moved with him to a series of Army bases in dusty Southern towns, far from the exotic future of her dreams. If this was true love, she was ready to embrace it.

But when Miles was training and Artis was left alone, she experienced feelings of isolation and anxiety. It did not take long for a wife?s worst fears to come true. On November 6, 2006, the Apache helicopter carrying Miles crashed in Iraq, leaving twenty-six-year-old Artis?in official military terms?an ?unremarried widow.?

In this memoir Artis recounts not only the unlikely love story she shared with Miles and her unfathomable recovery in the wake of his death?from the dark hours following the military notification to the first fumbling attempts at new love?but also reveals how Miles?s death mirrored her own father?s, in a plane crash that Artis survived when she was five years old and that left her own mother a young widow. Unremarried Widow is ?a powerful look at mourning as a military wife?.You can finish it in a day and find yourself haunted weeks later? (The New York Times Book Review).