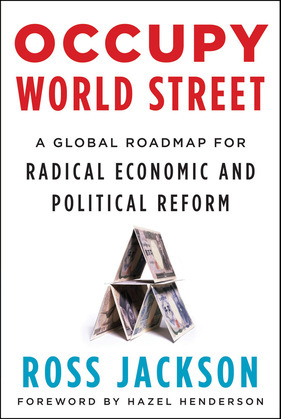 Ordinary citizens the world over have long paid the price for the swashbuckling behavior of the corporate and political elite. We've seen the reigning establishment widen the gap between rich and poor, champion endless growth on a finite planet, wreak havoc on developing nations, and ravage ecosystems in a mad race for natural resources.

Now, as demonstrators worldwide demand change, Occupy World Street offers a sweeping vision of how to reform our global economic and political structures, break away from empire, and build a world of self-determining sovereign states that respect the need for ecological sustainability and uphold human rights.

In this refreshingly detailed plan, Ross Jackson shows how a handful of small nations could take on a leadership role; create new alliances, new governance, and new global institutions; and, in cooperation with grassroots activists, pave the way for other nations to follow suit.