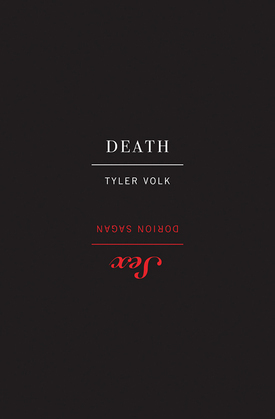 What is shared by spawning Pacific salmon, towering trees, and suicidal bacteria? In his lucid and concise exploration of how and why things die, Tyler Volk explains the intriguing ways creatures-including ourselves-use death to actually enhance life. Death is not simply the end of the living, though even in that aspect the Grim Reaper has long been essential to natural selection. Indeed, the exquisite schemes and styles of death that have emerged from evolution have been essential to the great story from life's beginnings in tiny bacteria nearly four thousand million years ago to ancient human rituals surrounding death and continuing to the existential concerns of human culture and consciousness today. Volk weaves together autobiography, biology, Earth history, and results of fascinating studies that show how thoughts of our own mortality affect our everyday lives, to prove how an understanding of what some have called the ultimate taboo can enrich the celebration of life.

In Sex, Dorion Sagan takes a delightful, irreverent, and informative romp through the science, philosophy, and literature of humanity's most obsessive subject. Have you ever wondered what the anatomy and promiscuous behaviors of chimpanzees and the sexual bullying of gorillas tell us about ourselves? Why we lost our hair? What amoebas have to do with desire? Linking evolutionary biology to salacious readings of the lives and thoughts of such notables as the Marquis de Sade and Simone de Beauvoir, and discussing works as varied as The Story of O and Silence of the Lambs, Sex touches on a potpourri of interrelated topics ranging from animal genitalia to sperm competition, the difference between nakedness and nudity, jealousy's status as an aphrodisiac and the origins of language, Casanova and music, ovulation and clothes, mother-in-law jokes and alpha females, love and loneliness. A brief, wonderfully entertaining, highly literate foray into the origins and evolution of sex.

Two books in one cover, Death & Sex unravel and answer some of life's most fundamental questions.