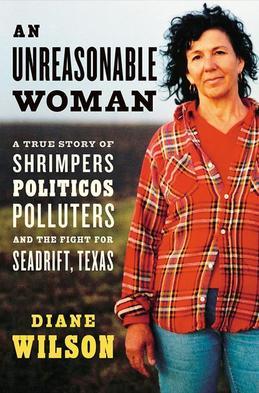 An Unreasonable Woman: A True Story of Shrimpers, Politicos, Polluters, and the Fight for Seadrift, Texas

When Diane Wilson, fourth-generation shrimp-boat captain and mother of five, learns that she lives in the most polluted county in the United States, she decides to fight back. She launches a campaign against a multibillion-dollar corporation that has been covering up spills, silencing workers, flouting the EPA, and dumping lethal ethylene dichloride and vinyl chloride into the bays along her beloved Texas Gulf Coast. In an epic tale of bravery, Wilson takes her fight to the courts, to the gates of the chemical plant, and to the halls of power in Austin. Along the way she meets with scorn, bribery, character assassination, and death threats. Finally Wilson realizes that she must break the law to win justice: She resorts to nonviolent disobedience, direct action, and hunger strikes. Wilson's vivid South Texas dialogue resides somewhere between Alice Walker and William Faulkner, and her dazzling prose brings to mind the magic realism of Gabriel Garcia Marquez, replete with dreams and prophecies.