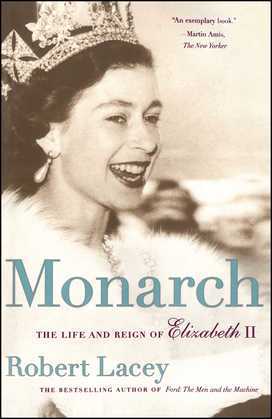 For more than fifty years, Elizabeth Alexandra Mary Windsor -- who became Elizabeth II, Queen of England on February 6, 1952 -- has been loved and loathed, revered and feared, applauded and criticized by her people. Still she endures as a captivating figure in the world's most durable symbol of political authority: the British monarchy.
In Monarch, a meticulously detailed portrait of Elizabeth II as both a human being and an institution, bestselling author Robert Lacey brings the queen to life as never before: as baby "Lilibet" learning to wave to a crowd in the Royal Mews; as a child "ardently praying for a brother" so as to avoid her fate; as a young woman falling in love with and marrying her cousin Philip; and as the mother-in-law of the most complicated royal of all, Princess Diana.
Updated with new material to reflect the 2002 Golden Jubilee and the passing of the Queen Mum -- and featuring dozens of photographs, a family tree of the Hanoverian-Windsor-Mountbatten families, and a map that charts the location of royal castles -- Monarch is an engaging, critical, and celebratory account of Elizabeth's half-century reign that no reader of popular history should be without.