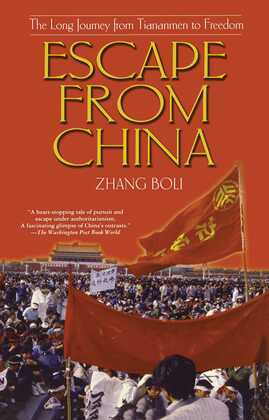 by Zhang Boli (Author)
Excerpt
Nonfiction Biography & autobiography Religious
warning_amber
One or more licenses for this book have been acquired by your organisation details
EPUB
Unlimited loans, 2 years, One at a time
Details

Who can forget the images, telecast worldwide, of brave Chinese students facing down tanks in Tiananmen Square as they took on their Communist government? After a two-week standoff in 1989, military forces suppressed the revolt, killing many students and issuing arrest warrants for top student leaders, including Zhang Boli. After two years as a fugitive, Zhang -- the only leader to elude capture -- knew that he must bid his beloved country, as well as his wife and baby daughter, farewell. Traveling across the frozen terrain of the former Soviet Union, where peasants rescued him, and through the deserted lands of China's precarious borders, Zhang had only his extraordinary will to propel him toward freedom. As told in Escape from China -- a work of great historical resonance -- his story will renew your faith in the human spirit.