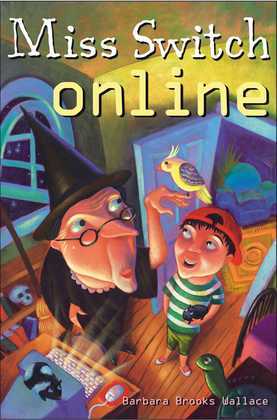 If you think nothing much is going on when Rupert P. Brown III begins sixth grade at Pepperdine Elementary School, you'd be dead wrong. Consider the following: a new teacher with the unlikely name of Miss Blossom; a new principal who has all the girls swooning; a talking bird who thinks he's a math whiz; a computer that goes berserk and produces a Web site called computowitch.com that not only displays some very ominous poetry, but whose password is the name of a witch Rupert has tangled with in the past. Yes, a witch!

Faster than you can say "witchcraft and wizardry," Rupert figures he could be in big trouble. He can really use the help of Miss Switch, a real, honest-to-goodness witch herself, who also, amazingly, was once a former popular teacher of Rupert's class at Pepperdine. He has reason to believe she's back, but where?