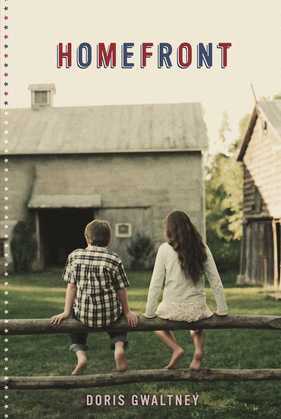 For as long as Margaret Ann Motley can remember, she has been waiting and hoping for one thing -- a room to call her very own. And when Margaret's older sister leaves for college, it looks like Margaret's days of waiting are over. But then disaster strikes. Its form: an English cousin named Courtney who has been forced to flee 1941 London because of the blitz. Not at all concerned with what's happening in Europe, Margaret Ann is soon fighting a war of her own as she watches her cousin Courtney get not only her room, but also the attention of her very own family and boyfriend. It's not until Margaret's only brother enlists in the navy that Margaret discovers an ally and a friend where at first she saw only a rival.

Poet and novelist Doris Gwaltney has crafted a detailed, spirited, sometimes humorous, and always deeply felt novel about two girls coming of age and becoming friends in the shadow of the biggest war in modern history.