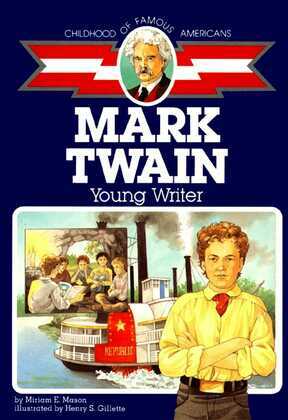 Samuel Langhorne Clemens is perhaps best known by his pen name Mark Twain. He was a writer of such classic American novels as The Adventures of Tom Sawyer and the Adventures of Huckleberry Finn. Twain grew up in Hannibal, Missouri, served as an apprentice printer, and wrote newspaper articles. Later he was a riverboat pilot on the Mississippi River before heading west to work as a miner. Eventually he settled on writing as a career.

Mark Twain was born shortly after a visit by Halley's Comet, and he predicted that he would "go out with it", too. He died the day following the comet's return.

Now readers can explore how his childhood influenced his life.