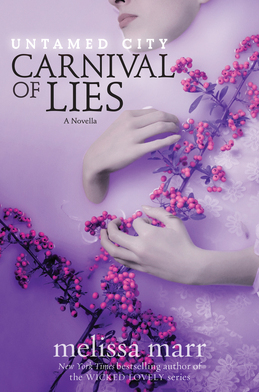 Fans of Melissa Marr's tale of lush secrets, dark love, and the struggle to forge one's own destiny will thrill at this revealing 43-page prequel to Carnival of Secrets.

This is a captivating glimpse into the world of the Untamed City—before the savage, deadly Carnival that changed it all.

Aya is a champion fighter, but because she's a girl, she's not allowed to take part in the competition. Her betrothed, Belias, can't understand why she insists on entering . . . but he doesn't know that Aya plans to win her independence from their preplanned union by taking home the top title.

Aya dreads defeating Belias in the ring, but she'll do it if it means keeping her deadly secret under wraps for a while longer.