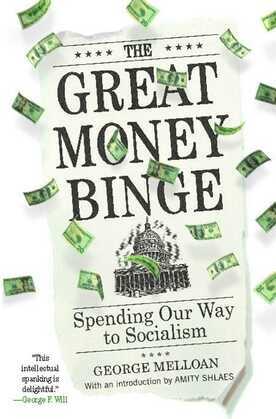 According to George Melloan, the erosion of supply-side economic principles began shortly after Ronald Reagan left office, when his successor, George H.W. Bush, caved in to pressures from Congress and reneged on his campaign promise to not raise taxes. Bush, who once called supply-side ?voodoo economics,? seemed to forget that during his eight years as Reagan?s Vice President that Reaganomics was transforming America into a dynamic entrepreneurial society. The prosperous 1990s saw a gradual return of Keynesian ideas and policies that were the catalyst for the credit bubble and the current economic downturn.

The genuine prosperity of the preceding two decades slowly morphed into a false sense of wealth, brought about by excessive dependence on credit by both the public and private sector. When the credit bubble burst, the economy collapsed. In short, policy makers dismissed sound classical economics and instead relied on the false promise of Keynesianism, the theory that the government itself can generate prosperity through easy credit and heavy government spending.

Offering enlightening answers in an uncertain time, The Great Money Binge not only traces the failures of Keynesian policies and past administrations, but outlines a clear, authoritative solution: a return to supply-side economics and a rejection of the trendy but ultimately disastrous stimulus packages, which only lead to a new era of inflation and global depression.