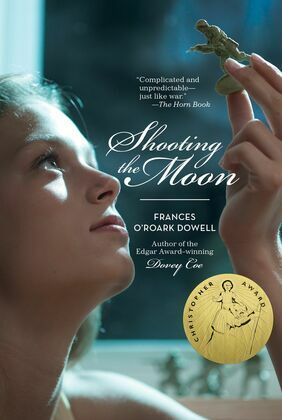 JAMIE THINKS HER FATHER CAN DO ANYTHING....

UNTIL THE ONE TIME HE CAN DO NOTHING.

When twelve-year-old Jamie Dexter's brother joins the Army and is sent to Vietnam, Jamie is plum thrilled. She can't wait to get letters from the front lines describing the excitement of real-life combat: the sound of helicopters, the smell of gunpowder, the exhilaration of being right in the thick of it. After all, they've both dreamed of following in the footsteps of their father, the Colonel.

But TJ's first letter isn't a letter at all. It's a roll of undeveloped film, the first of many. What Jamie sees when she develops TJ's photographs reveals a whole new side of the war. Slowly the shine begins to fade off of Army life - and the Colonel. How can someone she's worshipped her entire life be just as helpless to save her brother as she is?

From the author of the Edgar Award-winning Dovey Coe comes a novel, both timely and timeless, about the sacrifices we make for what we believe and the people we love.