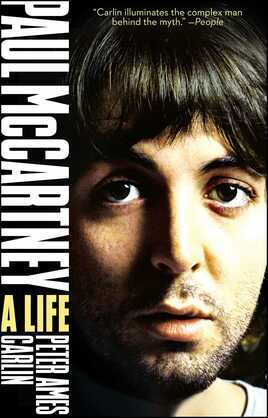 From the acclaimed biographer who brought you the rock biography of Bruce Springsteen comes the life of musician Paul McCartney?from his groundbreaking years with the Beatles to Wings to his work as a solo artist and activist.

More than a rock star, more than a celebrity, Paul McCartney is a cultural touchstone who helped transform popular music as one half of the legendary Lennon-McCartney songwriting duo. In this definitive biography, Peter Ames Carlin examines McCartney?s entire life, casting new light not just on the Beatles era but also on his years with Wings and his thirty-year relationship with his first wife, Linda McCartney. He takes us on a journey through a tumultuous couple of decades in which Paul struck out on his own as a solo artist, reached the top of the charts with a new band, and once again drew hundreds of thousands of screaming fans to his concerts. Carlin presents McCartney as a musical visionary but also as a layered and conflicted figure as haunted by his own legacy?and particularly his relationship with John Lennon?as he was inspired by it. Built on years of research and fresh, revealing interviews with friends, bandmates, and collaborators spanning McCartney?s entire life, Carlin?s lively biography captures the many faces of the living legend.