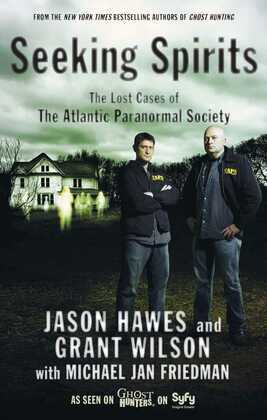 For the first time ever, Jason Hawes and Grant Wilson, founders of The Atlantic Paranormal Society (T.A.P.S.), share their most memorable and spine-tingling early cases -- none of which has ever appeared on television. Beginning with the previously untold experiences that sparked their passion for ghost hunting, Jason and Grant's bone-chilling investigations uncover:

? A Connecticut woman who seems to exist in two places at once
? A little girl whose invisible playmate retaliates against her father's punishments
? A man overcome by an evil entity as Jason and Grant survey his home
? A distraught woman who dreams of paranormal events before she experiences them...and much more!

Jason and Grant didn't always have the fancy scientific equipment and experienced team that fans now watch on their smash-hit television show. As they share their hair-raising first experiences, they offer essential tips for budding paranormal investigators -- including how to use an electromagnetic field (EMF) meter and an infrared camera, determine if a supernatural phenomenon is good or evil, and deal with spirits. Whether you're a skeptic or a believer, these fascinating and frightening true stories will keep you up at night!