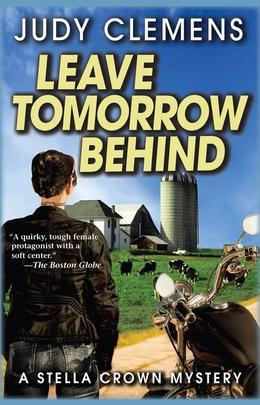 She’s back! Tattooed, hardworking, and often crabby dairy farmer and biker Stella Crown is hot—because it’s summer and because she has plenty of things to raise her temperature, including a nagging sister-in-law, her fiancé Nick’s illness, and a bank account in the red. But when a local country star turns up dead at the county fair where Stella’s teenage employee Zach is an exhibitor things turn from hot to ugly.

Stella wasn’t friends with the victim. In fact, she’d only seen her from a distance. But seeing how Stella was the one to dig her out from her deathbed in the calf barn’s manure pile, the cops are on her like flies on…well…honey. Why on earth would Stella want to kill a young singer she’d never spoken to? She’d much rather kill the annoying helicopter dad in the fair’s dairy barn. Or the fifty percent fake girl in the Lovely Miss Pennsylvania Pageant. Or her banker.

Sick to death of annoying cops and entertainment folks, Stella figures the only way to get her life back is to aim law enforcement in the right direction. If that means having to endure a manicure with her soon-to-besister-in-law at the dead singer’s favorite salon or stopping by the recording studio to check out the talent Stella figures there could be worse things.

Can’t a simple farm girl just get married in peace?