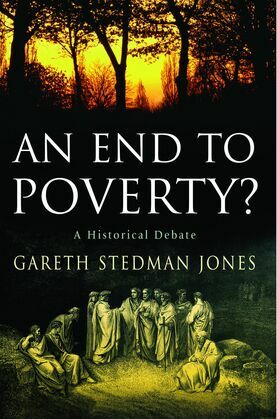 An End to Poverty?: A Historical Debate

by Gareth Stedman Jones (Author)
Non-Fiction History History by country Europe Social science Political science History & Theory Business & economics
EPUB
unlimited loans, One at a time
Details
In the 1790s, for the first time, reformers proposed bringing poverty to an end. Inspired by scientific progress, the promise of an international economy, and the revolutions in France and the United States, political thinkers such as Thomas Paine and Antoine-Nicolas Condorcet argued that all citizens could be protected against the hazards of economic insecurity. In An End to Poverty? Gareth Stedman Jones revisits this founding moment in the history of social democracy and examines how it was derailed by conservative as well as leftist thinkers. By tracing the historical evolution of debates concerning poverty, Stedman Jones revives an important, but forgotten strain of progressive thought. He also demonstrates that current discussions about economic issues—downsizing, globalization, and financial regulation—were shaped by the ideological conflicts of the late eighteenth and early nineteenth centuries.

Paine and Condorcet believed that republicanism combined with universal pensions, grants to support education, and other social programs could alleviate poverty. In tracing the inspiration for their beliefs, Stedman Jones locates an unlikely source-Adam Smith. Paine and Condorcet believed that Smith's vision of a dynamic commercial society laid the groundwork for creating economic security and a more equal society.

But these early visions of social democracy were deemed too threatening to a Europe still reeling from the traumatic aftermath of the French Revolution and increasingly anxious about a changing global economy. Paine and Condorcet were demonized by Christian and conservative thinkers such as Burke and Malthus, who used Smith's ideas to support a harsher vision of society based on individualism and laissez-faire economics. Meanwhile, as the nineteenth century wore on, thinkers on the left developed more firmly anticapitalist views and criticized Paine and Condorcet for being too "bourgeois" in their thinking. Stedman Jones however, argues that contemporary social democracy should take up the mantle of these earlier thinkers, and he suggests that the elimination of poverty need not be a utopian dream but may once again be profitably made the subject of practical, political, and social-policy debates.