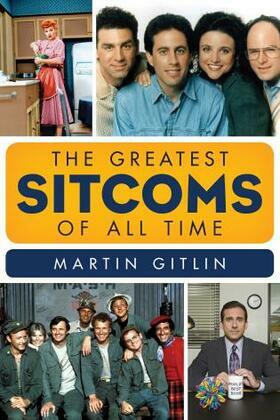 The Greatest Sitcoms of All Time

Since the advent of network television, situation comedies have been a staple of prime-time programming. In this book, Martin Gitlin has assembled the top 70 sitcoms in television history. The rankings were based on such factors as longevity, ratings, awards, humor, impact, and legacy. Iconic programs such as I Love Lucy, The Dick Van Dyke Show, and Leave it to Beaver join contemporary shows The Simpsons, Arrested Development, and Family Guy on the list. Each entry contains a comprehensive compilation of information, including cast members, a list of characters, air dates, ratings, notable episodes, awards, and more. Sure to inspire debate, The Greatest Sitcoms of All Time is the first book to rank the best sitcoms in television history.