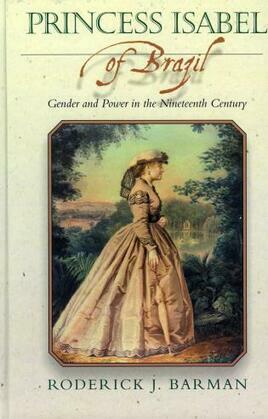 Princess Isabel of Brazil: Gender and Power in the Nineteenth Century

As the elder daughter of an emperor whose wife had presented him with no sons, Isabel stood to inherit the monarchy of Brazil with the passing of Dom Pedro II. On three separate occasions, Isabel was named regent, or head of state, when her father was required to leave the country for extended periods. On each occasion, she served as the dutiful daughter, following her father's instructions to the letter and resisting any attempts at personal aggrandizement. During her third regency, as her father recuperated in Europe, rather than accumulate personal power and oppose the forces of republicanism and abolition, Isabel personally led the struggle to pass the Gold Law of 1888 abolishing slavery throughout Brazil, thus ridding the country of one of the institutions upon which traditional monarchical Brazil was based and speeding the downfall of the monarchy, the monarchy she would inherit, in 1889.

Princess Isabel of Brazil examines Isabel's role as an extraordinary woman who had access to material wealth and education and power, in patriarchal nineteenth-century Brazil. Professor Barman looks at how her life was constrained by her subordinate roles as daughter, wife, mother, and even as empress-in-waiting, using the fascinating career of Isabel to examine the interplay of gender and power in the nineteenth century.