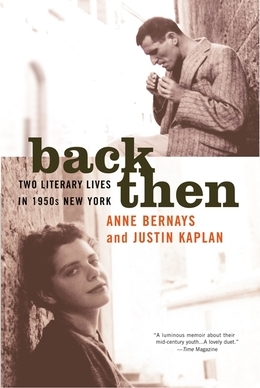 Novelist Anne Bernays and biographer Justin Kaplan -- both native New Yorkers -- came of age in the 1950s, when the pent-up energies of the Depression years and World War II were at flood tide. Written in two separate voices, Back Then is thecandid, anecdotal account of these two children of privilege -- one from New York's East Side, the other from the West Side -- pursuing careers in publishing and eventually leaving to write their own books.

Infused with intelligence and charm, Back Then is an elegant reflection on the transformative years in the lives of two young people and New York City. Marked by their youthful passions, this double memoir marries the authors' distinct literary styles with a riveting narrative that captures the density and texture of private, social, and working life in the 1950s.