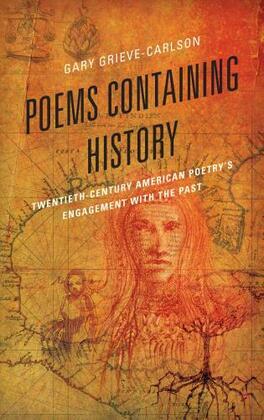 Poems Containing History: Twentieth-Century American Poetry's Engagement with the Past

Poems Containing History: Twentieth-Century American Poetry’s Engagement with the Past, by Gary Grieve-Carlson, argues that twentieth-century American poetry has “contained” and helped its readers to think about history in a variety of provocative and powerful ways. Tracing the discussion of the relationship between poetry and history from Aristotle’s Poetics to Norman Mailer’s The Armiesof the Night and Hayden White’s Metahistory, the book shows that even as history evolves into a professional, academic discipline in the late nineteenth century, and as its practitioners emphasize the scientific aspects of their work and minimize its literary aspects, twentieth-century American poets continue to take history as the subject of their major poems.