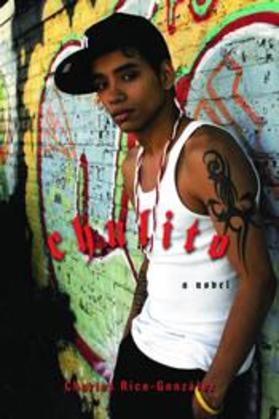 "A tremendous debut...full of heart and courage and a ferocious honesty."-Junot Diaz, author of The Brief, Wondrous Life of Oscar Wao Set against a vibrant South Bronx neighborhood and the queer youth culture of Manhattan's piers, Chulito is a coming-of-age, coming out love story of a sexy, tough, hip hop-loving, young Latino man and the colorful characters who populate his block. Chulito, which means "cutie," is one of the boys, and everyone in his neighborhood has seen him grow up--the owner of the local bodega, the Lees from the Chinese restaurant, his buddies from the corner, and all of his neighbors and friends, including Carlos, who was Chulito's best friend until they hit puberty and people started calling Carlos a pato...a faggot. Culito rejects Carlos, buries his feelings for him, and becomes best friends with Kamikaze, a local drug dealer. When Carlos comes home from his first year away from college and they share a secret kiss, Chulito's worlds collide as his ideas of being a young man, being macho, and being in love are challenged. Vivid, sexy, funny, heartbreaking, and fearless, this knock out novel is destined to become a gay classic. Praise "Hilarious, unique, heartfelt and sharp. A wonderful read."-Sandra Cisneros, author of the acclaimed The House on Mango Street and Caramelo "Chulito introduces a fresh, engaging, and stirring voice. Rice-Gonzalez's memorable characters live on the page with a force and verve and vulnerability that touches our heart. This is a beautiful debut."-Jaime Manrique, author of Latin Moon in Manhattan and Eminent Maricones About the Author Charles Rice-González, born in Puerto Rico and reared in the Bronx, is a writer, long-time community and LGBT activist and Executive Director of BAAD! The Bronx Academy of Arts and Dance. He received a B.A. in Communications from Adelphi University and an M.F.A. in Creative Writing from Goddard College. Rice-Gonzalez attended the Bread Loaf Writers' Conference in 2005, 2006 and 2007, the Lambda Literary Foundation Writers' Conference in 2008 and Sandra Cisnero's Macondo Writers' Conference in 2009. He has worked with writers David Leavitt, Sarah Schulman, Rebecca Brown, Percival Everett, Helena Maria Viramontes, Elana Dykewomon and Stacey D'Erasmo. Rice-Gonzalez is a public relations and marketing specialist in the area if Latino arts and culture. He worked for nearly twenty years in the publicity and public relations field at Universal Pictures in New York, for Bronx Borough President Fernando Ferrer and Repertorio Español - Spanish Theatre Repertory before forming Rice-González Public Relations in 1997. He has worked with every major Latino theater company in New York and was the Latino Marketing specialist with the Broadway production of Nilo Cruz's Pulitzer Prize-winning Anna in the Tropics. He lives in the Bronx, NY.