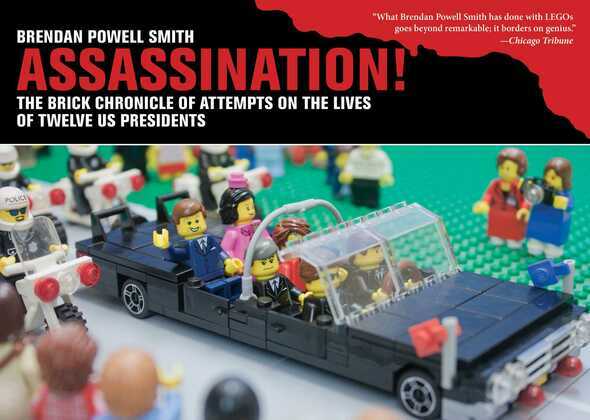 Creator of the bestselling The Brick Bible: A New Spin on the Old Testament and The Brick Bible: The New Testament, author Brendan Powell Smith offers a new take on American history. For more than a decade, Smith has honed his masterful work using LEGO(R) to re-create scenes from the Bible. Now, he turns his attention to unforgettable US presidential assassinations, both fatal and failed. Rediscover some of the most profound attacks that have occurred throughout US history involving the notorious assassinations on Abraham Lincoln, William McKinley, and John F. Kennedy. But did you also know that Richard Paul Pavlick sought to assassinate President Kennedy in 1960, though at the last minute he suddenly changed his mind? Or, that an unknown assailant desperately tried to murder Lincoln just eight months before his fatal night at Ford's Theatre? In addition, Smith reveals failed murder attempts against such presidents as Gerald Ford, Richard Nixon, Bill Clinton, and most recently, the 2011 attempt against President Barack Obama.

With over four hundred highly detailed illustrations, Smith captivates the authenticity of these assassinations (re-creating famous photographs and oral history) while simultaneously demonstrating a creative new medium. Whether a historian or a LEGO(R) enthusiast, readers of all ages will surely be enthralled with Brendan Powell Smith's latest brick creation!