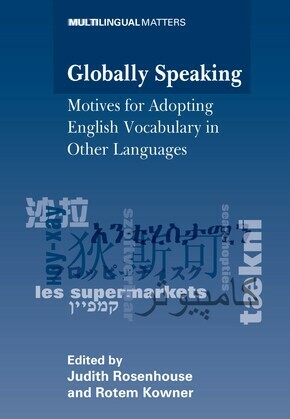 Globally Speaking: Motives for Adopting English Vocabulary in Other Languages

This volume accounts for the motives for contemporary lexical borrowing from English, using a comparative approach and a broad cross-cultural perspective. It investigates the processes involved in the penetration of English vocabulary into new environments and the extent of their integration into twelve languages representing several language families, including Icelandic, Dutch, French, Russian, Hungarian, Hebrew, Arabic, Amharic, Persian, Japanese, Taiwan Chinese, and several languages spoken in southern India. Some of these languages are studied here in the context of borrowing for the first time ever. All in all, this volume suggests that the English lexical 'invasion', as it is often referred to, is a natural and inevitable process. It is driven by psycholinguistic, sociolinguistic, and socio-historical factors, of which the primary determinants of variability are associated with ethnic and linguistic diversity.