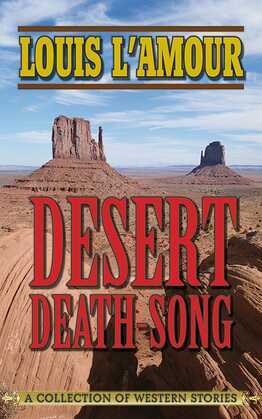 Desert Death-Song compiles some of Louis L'Amour's greatest stories, many of which have been hard to find in book form. Whether he was writing under his early pen name, Jim Mayo, or his own, L'Amour's stories are unforgettable, touching on rough and rugged American ideals and set in the untamable frontier of the Western United States.

Nearly a dozen stories are presented here that represent the best of L'Amour's yarn-spinning writing, a choice collection handpicked from the variety of pulp Western magazines in which the author first became known. The most popular author of Westerns the world has ever known, L'Amour writes stories full of mavericks, outlaws, romantics, and heroes. His characters follow the unspoken laws and morals of the Wild West, and the pictures he paints are unrivaled in their authenticity. From gold prospectors to sheriffs, characters of L'Amour tales will never be forgotten.