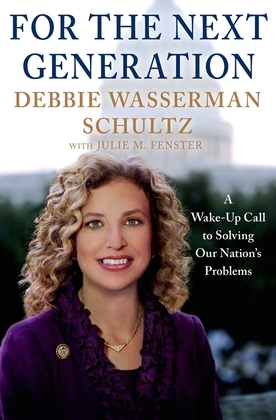 For the Next Generation

America has witnessed the dangers that come with shortsightedness, writes Debbie Wasserman Schultz in For the Next Generation. If we want to ensure prosperity for ourselves and an improved way of life for young Americans, we have to change, starting now. We must:

· Turned around our economy

· Enhance and expand health-care coverage
Yet these important issues have been sidelined by gridlock in a Congress that is too concerned about the next election to worry about the future. The group of Americans who have the most to lose from this dysfunction are the ones least represented in government: America's children. For the Next Generation is a call to action, one mother's challenge to her congressional colleagues and to the rest of the nation, to adopt a parent's perspective for doing right by kids.

Marked by clarity and by Debbie's characteristic poise, this polemic is informed by the congresswoman's own personal and professional experiences. It digs deep, exposing very real threats that America faces as a result of its failure to confront tough decisions. Debbie conveys a vision of an America that has learned hard lessons from its recent past, an America galvanized by a renewed sense of purpose for applying that wisdom through forward-thinking policies on education, civil rights, and foreign policy. She describes how she will fight to overcome the legislative obstacles that inhibit progress, and she calls upon fair-minded Americans to lend their own strengths to securing a better tomorrow for the next generation.