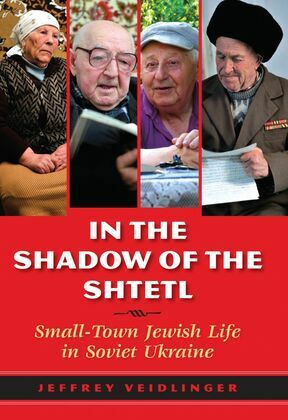 In the Shadow of the Shtetl: Small-Town Jewish Life in Soviet Ukraine

The story of how the Holocaust decimated Jewish life in the shtetls of Eastern Europe is well known. Still, thousands of Jews in these small towns survived the war and returned afterward to rebuild their communities. The recollections of some 400 returnees in Ukraine provide the basis for Jeffrey Veidlinger's reappraisal of the traditional narrative of 20th-century Jewish history. These elderly Yiddish speakers relate their memories of Jewish life in the prewar shtetl, their stories of survival during the Holocaust, and their experiences living as Jews under Communism. Despite Stalinist repressions, the Holocaust, and official antisemitism, their individual remembrances of family life, religious observance, education, and work testify to the survival of Jewish life in the shadow of the shtetl to this day.