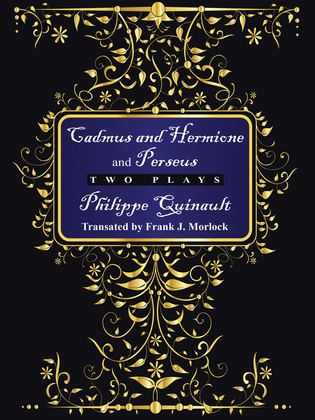 Philippe Quinault (1635-1688) was the highest paid and most respected French librettist of his day, considered the equal of Racine. His libretti can be read as lyrical dramas without the music. The two plays included in this collection are retellings of the ancient legends of the Gods by the Roman poet Ovid. In Cadmus and Hermione, Cadmus, the founder of Thebes, rescues Hermione, daughter of Venus and Mars, from a giant who insists on marrying her. To accomplish this he slays a dragon and sows the creature's teeth, which turn into warriors who fight against him. In Perseus, the son of Jupiter rescues Andromeda from Juno's revenge, and slays the hideous Gorgon, Medusa, with the help of the Gods. Great Greek tragedy, of interest both to fans of the opera and of the drama.