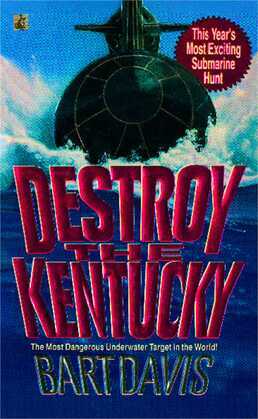 ?More twists and turns and intriguing characters than any three adventure tales?tough to tear your eyes from? (Clive Cussler, New York Times bestselling author of the Dirk Pitt® series).

SPIES, SOLDIERS AND TRUE BELIEVERS?IN THE HUNT FOR THE KENTUCKY

PETER MacKENZIE: In the USS Seawolf he had outdueled the Soviet?s best submarine. But a tragic accident wrecked his self-confidence. Now he?s back in foreign waters in command of a Soviet submarine?and a top-secret hunt for the stolen US minisub?

RAZA: Brought to Moscow for special training, he became a colonel in the Spetsnatz Special Forces and head of a radical group in Turkmenistan, his native Arab land. Then he masterminded the taking of the Kentucky?and turned it against his former masters?

JUSTINE SEGURRA: She was painfully familiar with the ways of revolution. Now the CIA agent and wife of Captain MacKenzie is living and riding with hard, committed desert men?searching for the Kentucky?s missing nuclear payload?

KEMAL: He is the charismatic leader of the Karadeen and the grandson of the Mahdi?holy man?imprisoned by the Soviets. The Russians have told him that the recovery of the hijacked missiles will mean freedom for the Madhi, but he has his own plans for his proud people?