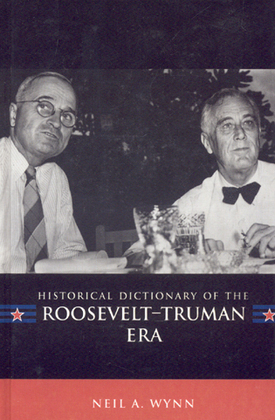 Historical Dictionary of the Roosevelt-Truman Era

The Historical Dictionary of the Roosevelt-Truman Era examines significant individuals, organizations, and events in American political, economic, social, and cultural history between 1933 and 1953. This was a period of enormous significance in the United States due to the impact of the Great Depression, World War II, and the onset of the Cold War. The presidencies of Franklin D. Roosevelt and Harry S. Truman witnessed the origins of the modern American welfare system and the rise of the United States as a world power, as well as its involvement in the confrontation with communism that dominated the latter half of the 20th century.