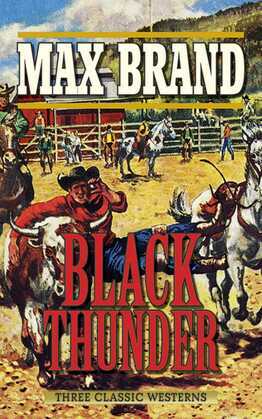 In ?Lawman?s Heart,? Larry Traynor is driving a stage with his shotgun guard, Sam Whitney, the man who has been his mentor in life, when a hold-up occurs. Sam is shot dead. Traynor is determined to bring the thief to justice, but then fate intervenes. Although he does not recognize the symptoms, or what they mean, Traynor is suffering from heart failure. He is deputized to give pursuit even though, given his condition, it can only lead to his ruin.

Joe Palmer in ?White-Water Sam? had been a deck hand on the Thomas Drayton before the railroad came. Now the fine river boat is permanently moored in Lake Bennett, useless to her owner, because the only chance for a future is to get her downstream through the impossible rapids of Miles Canyon. Sam Bridgeman once tried to shoot those rapids with a river boat, the Denver Belle. He knew that the only way to do it was to ride the very center of the rapids, but the Denver Belle turned sideways and smashed against the rocks. The experience affected Sam?s mind. Now Larry Decatur arrives with enough money to buy the Thomas Drayton, but he knows nothing about river boats and certainly cannot hope to run the rapids in Miles Canyon by himself.

In ?Black Thunder,? Dan Harrigan and Angus MacTee are partners in a mining claim. What divides them in Kate Malone. They both love her, but she loves only one of them, and has gone into hiding. MacTee learns her whereabouts, and heads out, with Dan Harrigan in pursuit.