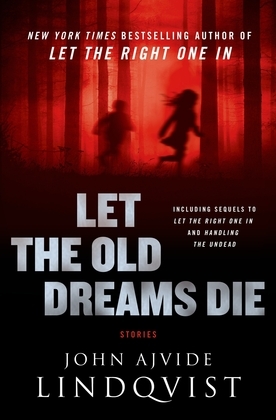 
Because of the two superb films made of John Ajvide Lindqvist's vampire masterpiece Let the Right One In, millions of people around the world know the story of Oskar and Eli and of their final escape from Blackeberg at the end of the novel. Now at last, in "Let the Old Dreams Die," the title story in this absolutely stunning collection, we get a glimpse of what happened next to the pair. Fans of Let the Right One In will have to read the story, which is destined to generate much word of mouth both among fans and online.

"Let the Old Dreams Die" is not the only stunner in this collection. In "Final Processing," Lindqvist also reveals the next chapter in the lives of the characters he created in Handling the Undead. "Equinox" is a story of a woman who takes care of her neighbor's house while they are away and readers will never forget what she finds in the house. Every story meets the very high standard of excellence and fright factor that Lindqvist fans have come to expect. Totally transcending genre writing, these are world class stories from possibly the most impressive horror writer writing today.