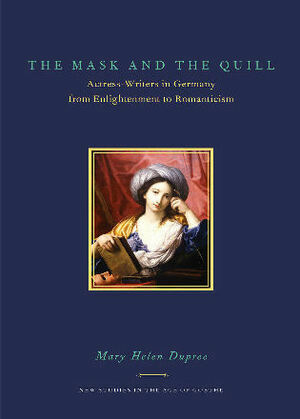 The Mask and the Quill: Actress-Writers in Germany from Enlightenment to Romanticism

In the last three decades of the eighteenth century, a small but significant number of German actresses, including Sophie Albrecht (1757-1840), Marianne Ehrmann (1755-1795) and Elise BYrger (1769-1833), began to publish poetry, autobiography, drama and short fiction under their own names. These 'actress-writers' came of age at a time when the status of the actress was being radically redefined in accordance with Enlightenment aesthetics and the cult of sensibility. The Mask and the Quill is an exploration of this generation of actress-writers, their significance for German literary and cultural history, and their attempts to come to terms with the new image of the actress through literature and performance.